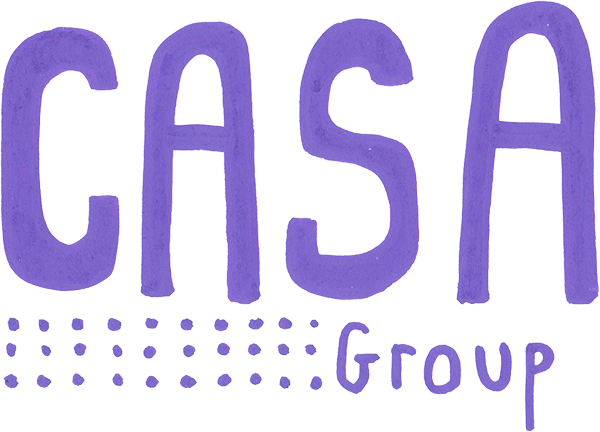 I first met Michael Mortensen back in 2015 when I was invited together with a delegation of Danes to visit New York and meet with Bjarke Ingels and the Bjarke Ingels Group. How I became a part of that group goes even further back to when I formed a friendship with Rune Kilden who was massively supportive of my work and enterprise during the time I lived in Aarhus and to this day (continuing to recommend my drawings to people), something I am eternally grateful for.
‍
Promised that I would draw on the walls of his new office at CASA, Horsens the project was realised in 2017-2018. There were 3 wall drawings created in total – the first combined buildings from both Horsens and CASA’s largest projects, the second was drawn as a result of the opinions of people working in the office as to their favourite cities, buildings and holiday destinations, and the third mural was largely built out of my imagination. 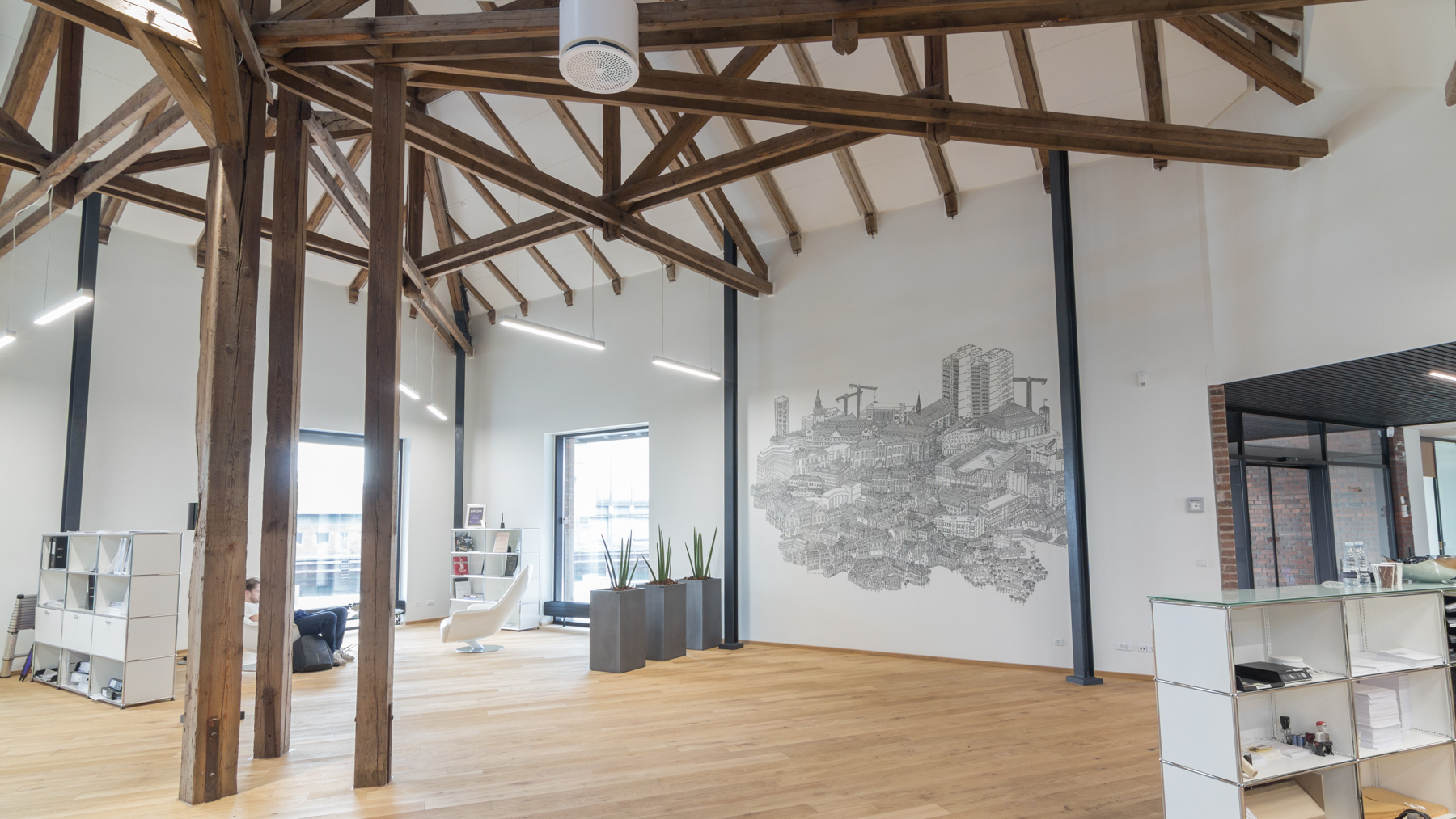 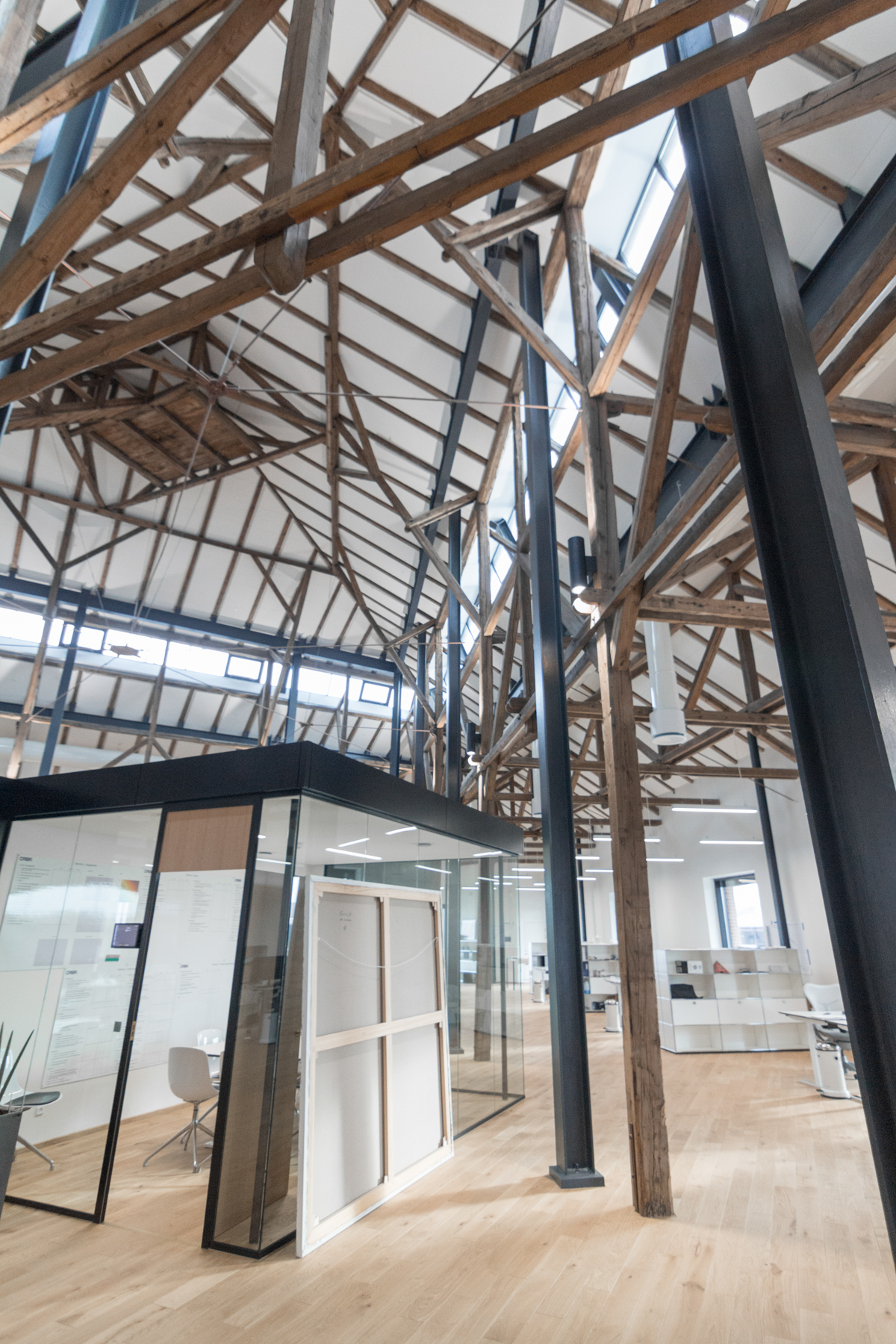 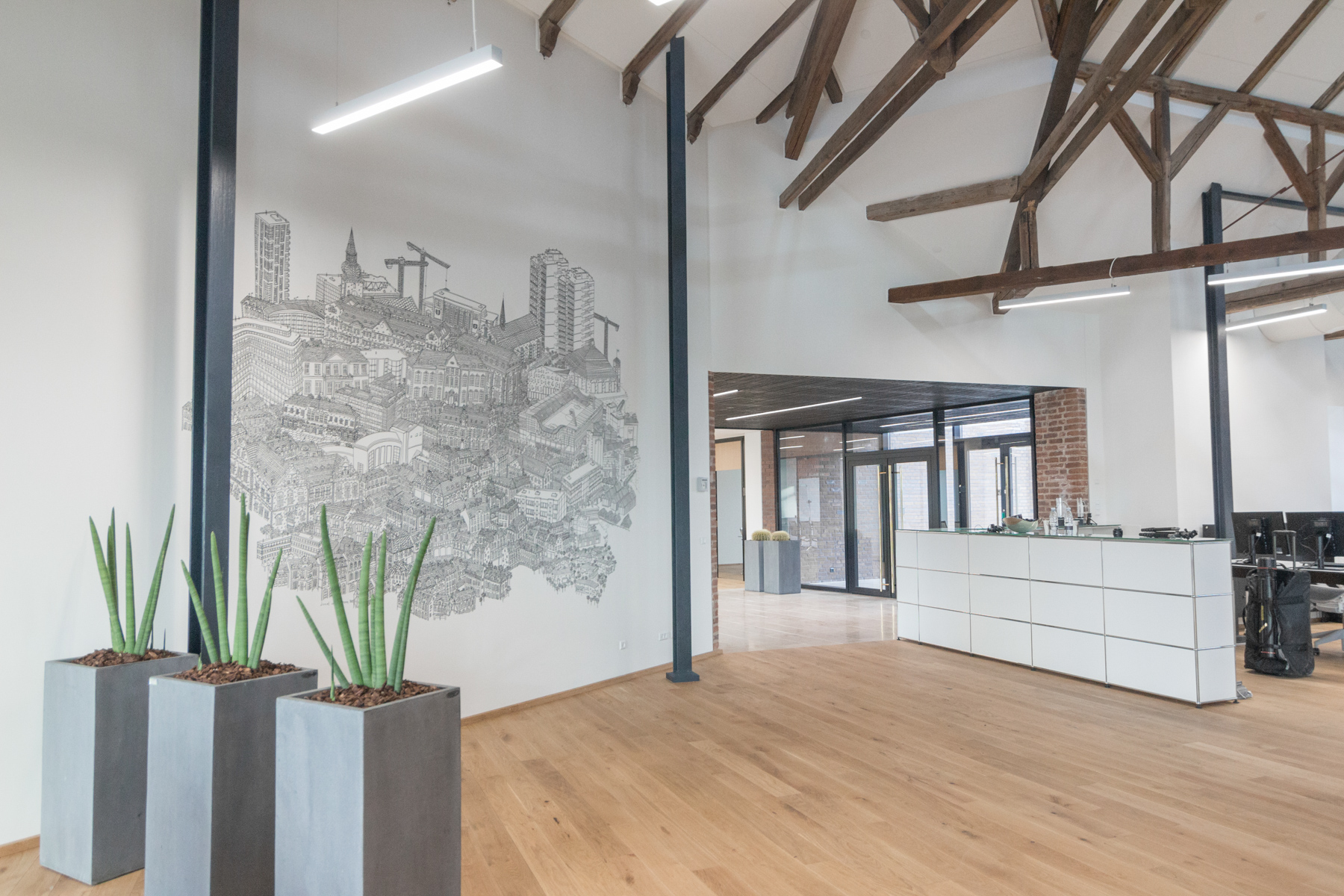 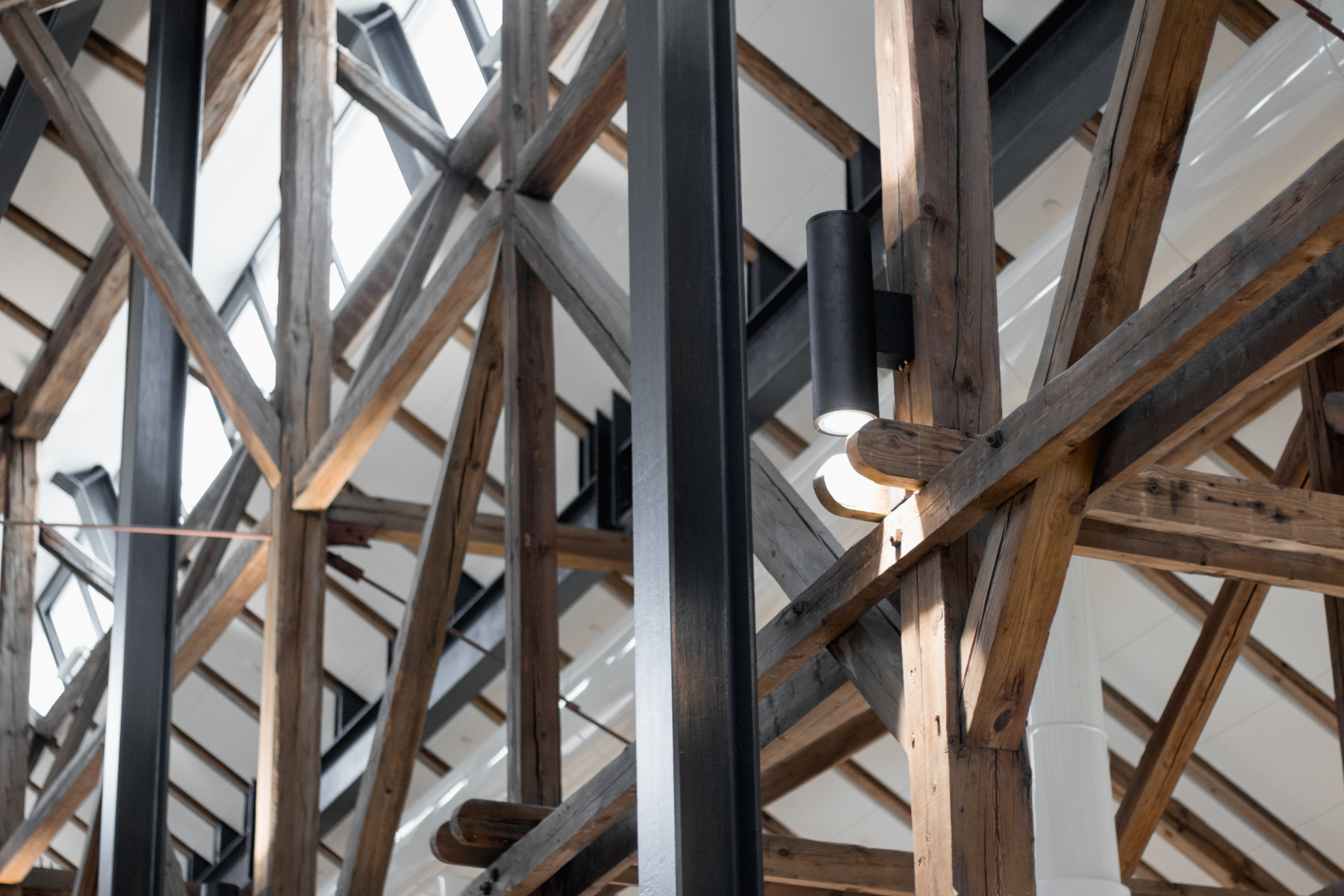 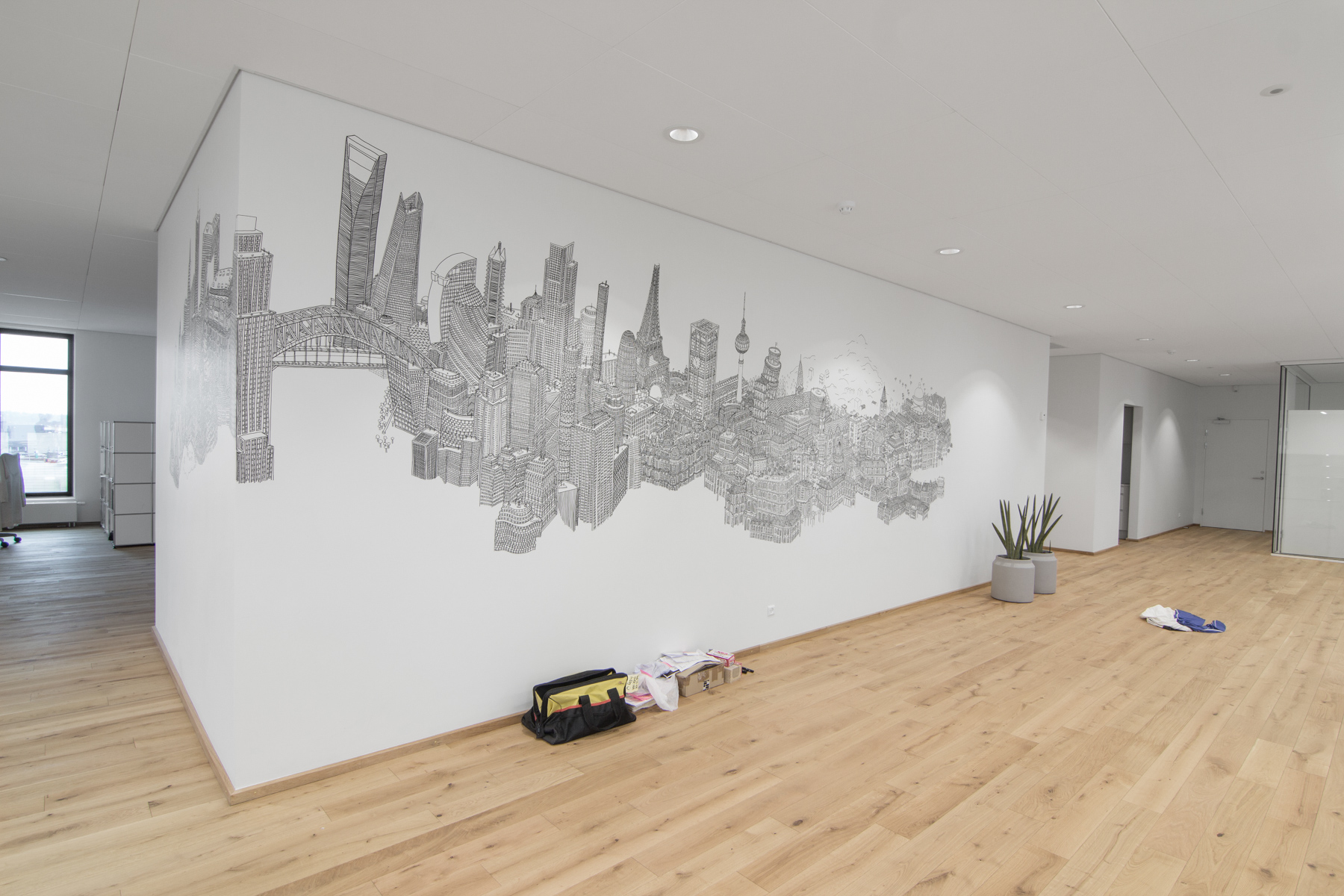 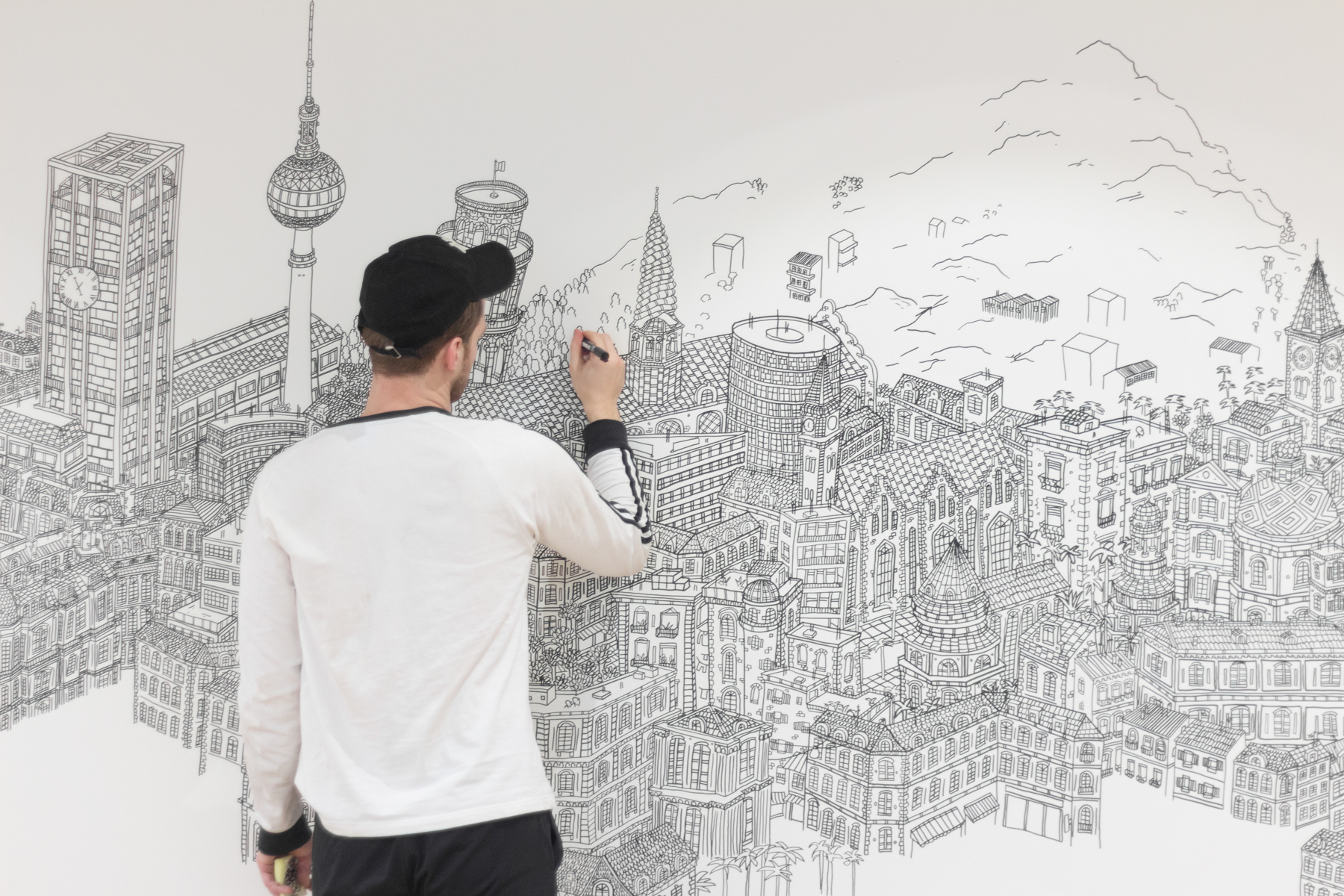 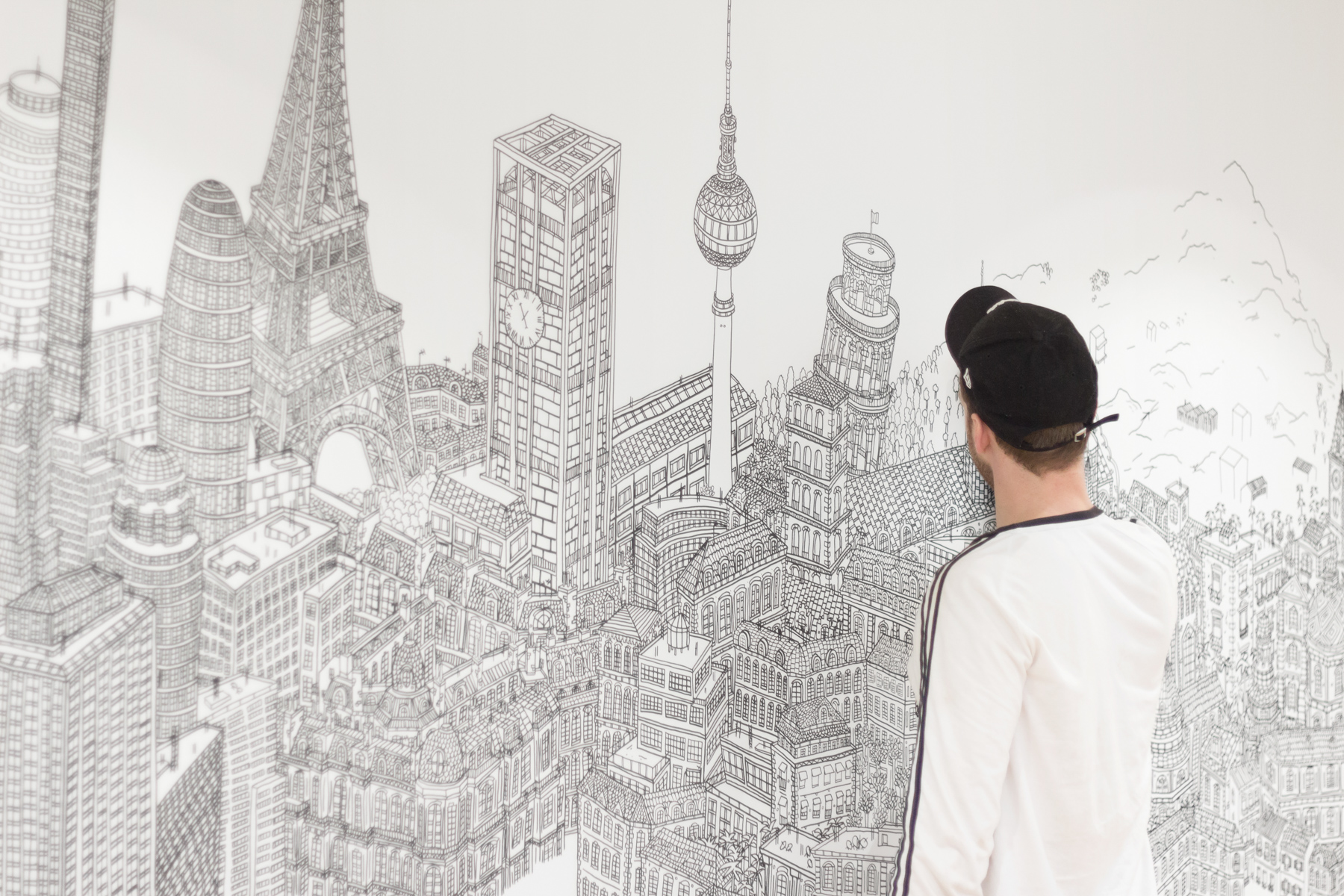 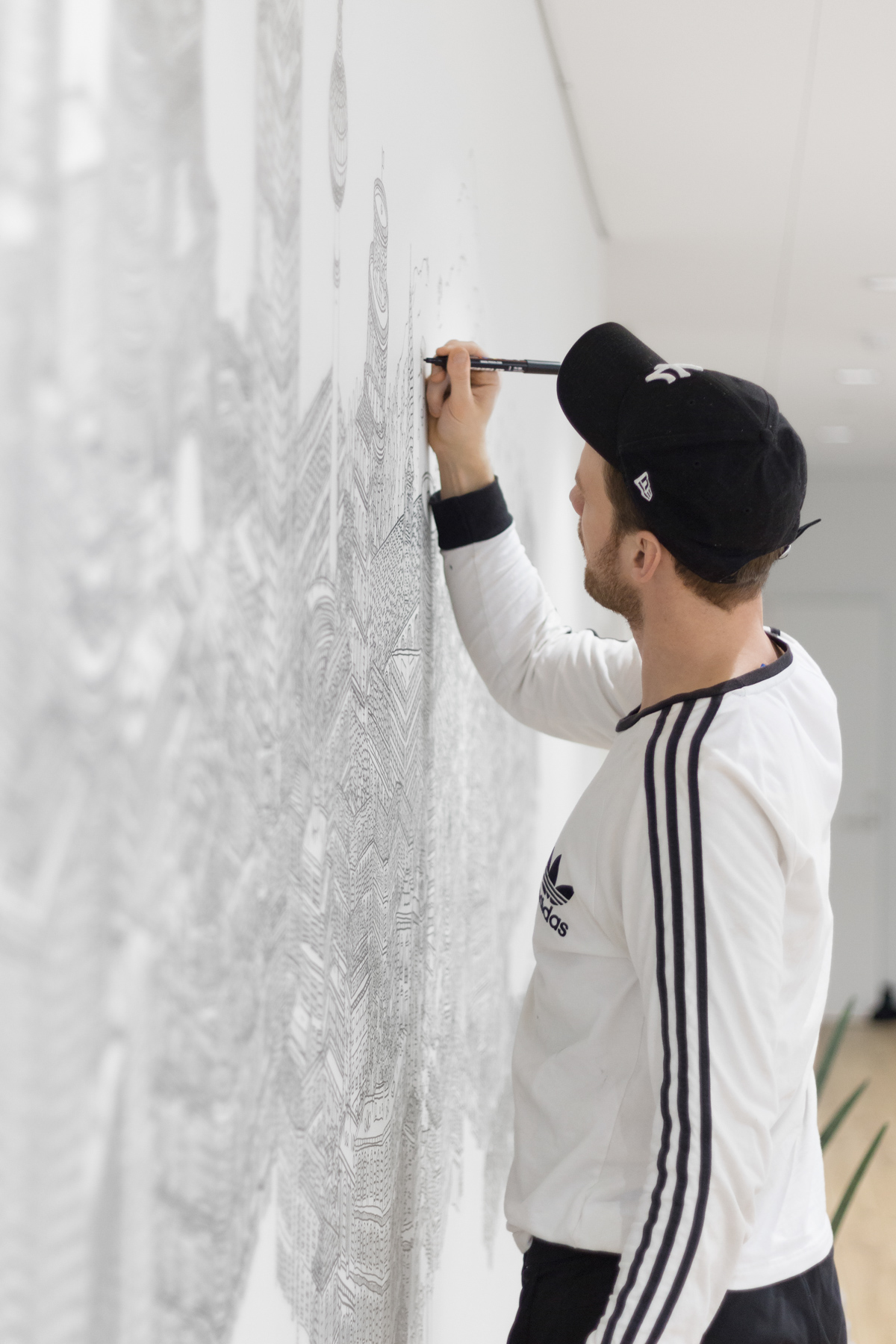 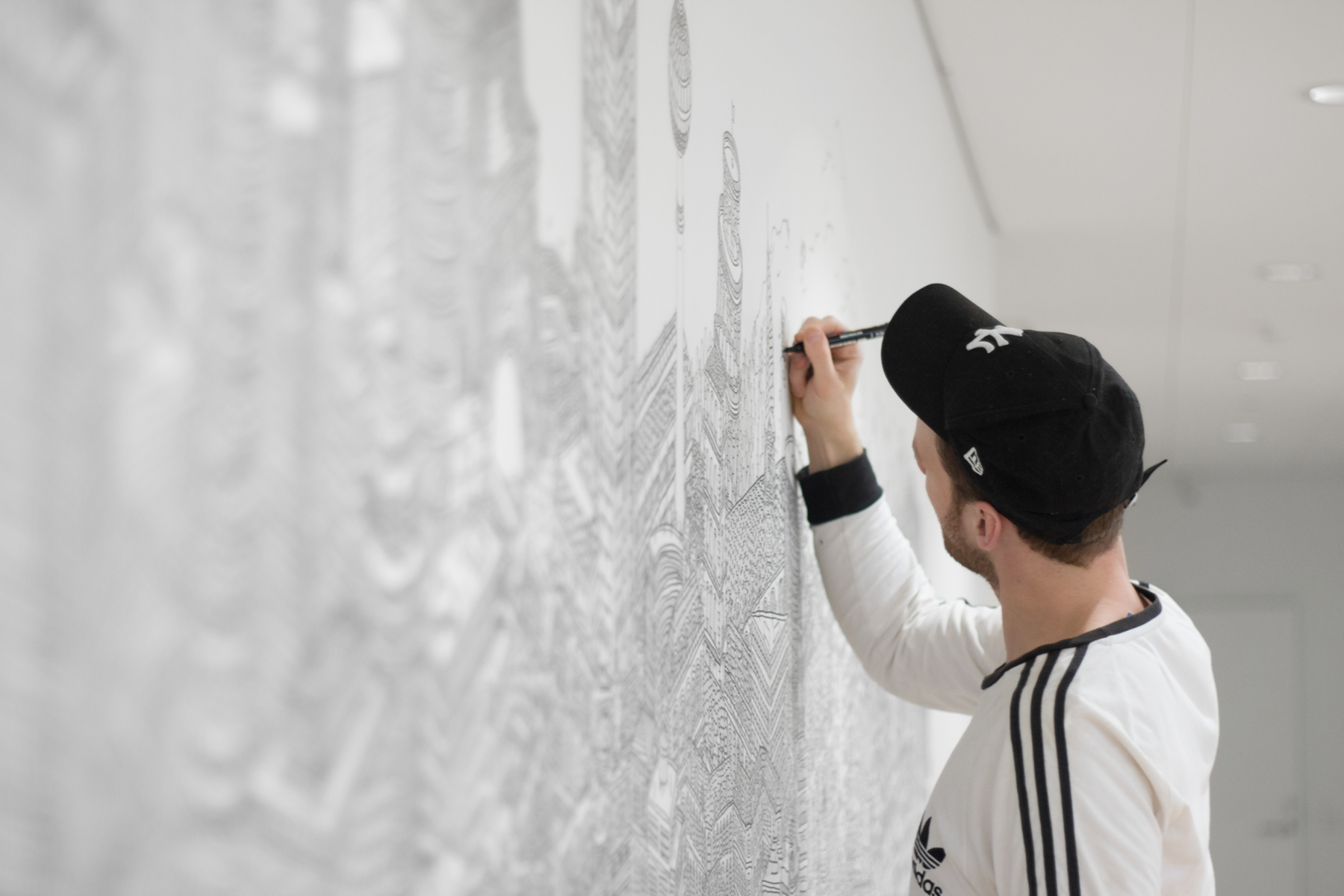 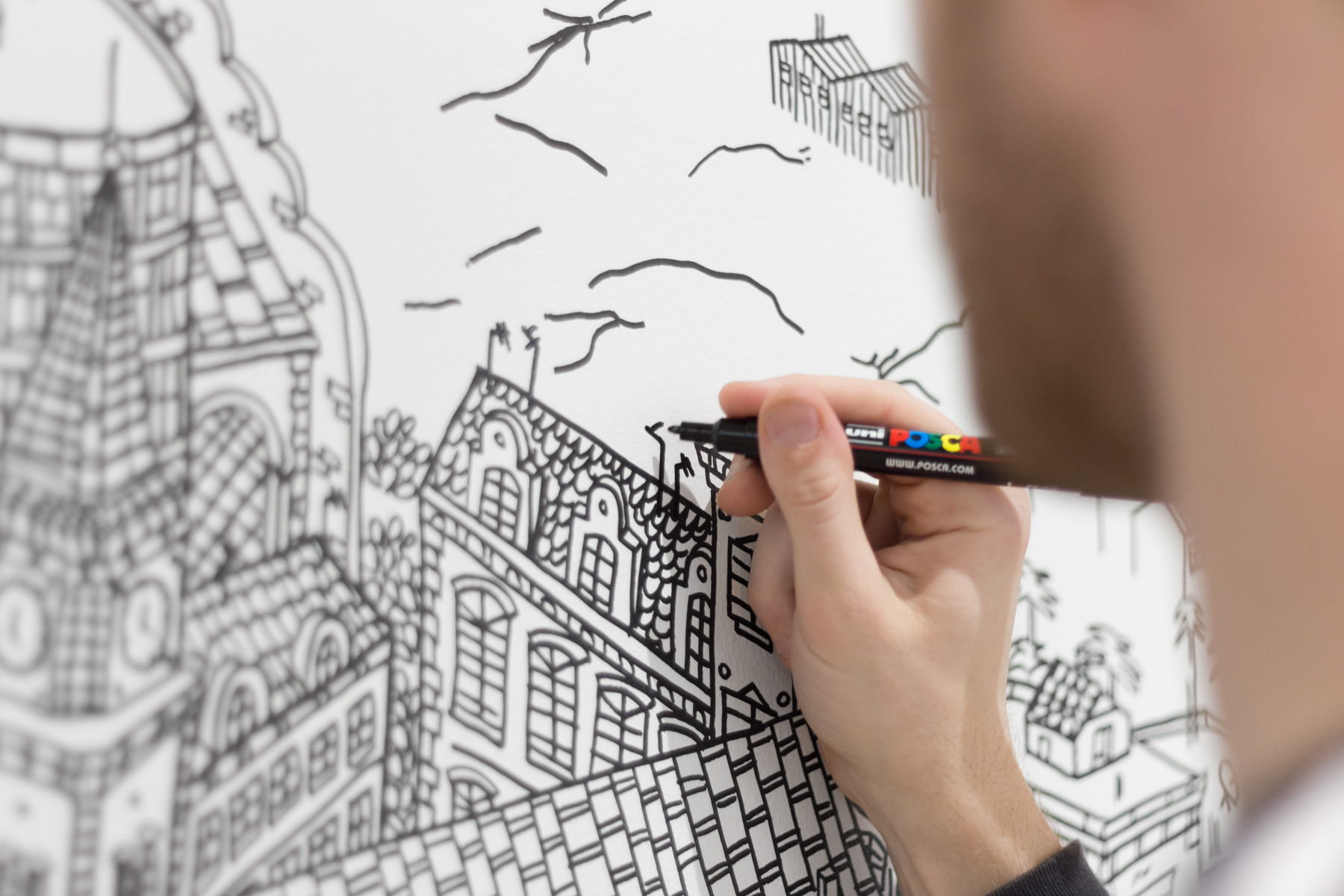 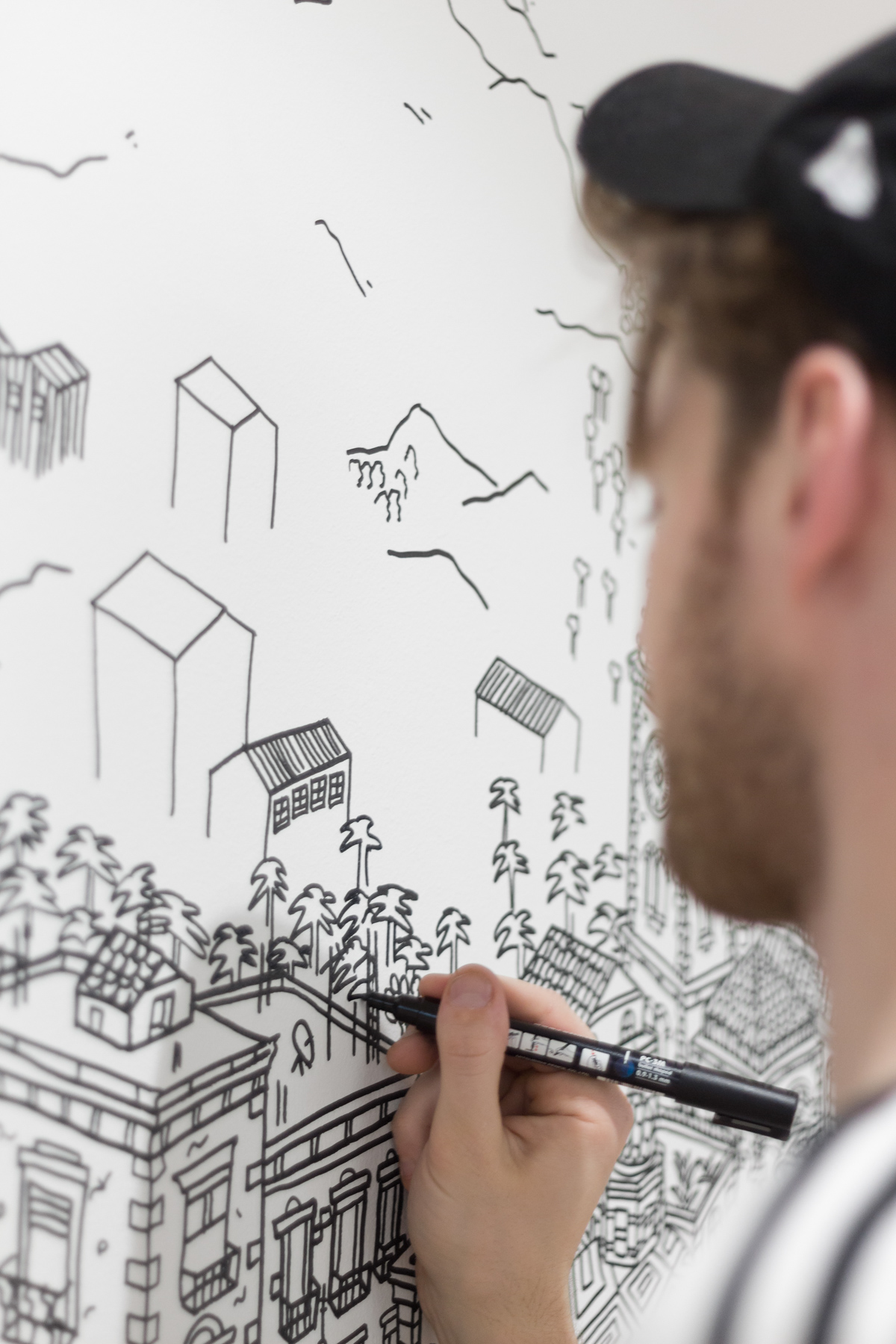 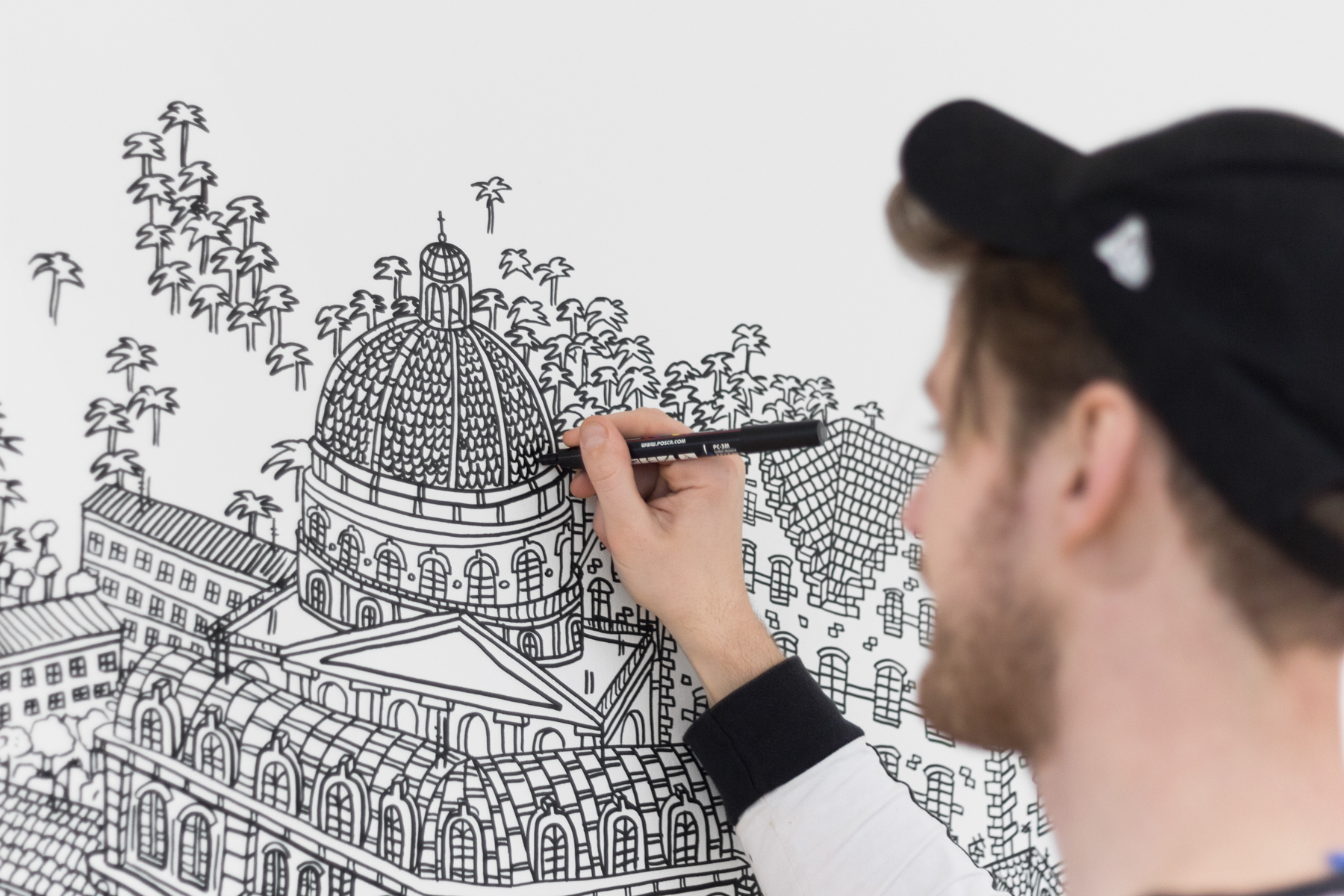 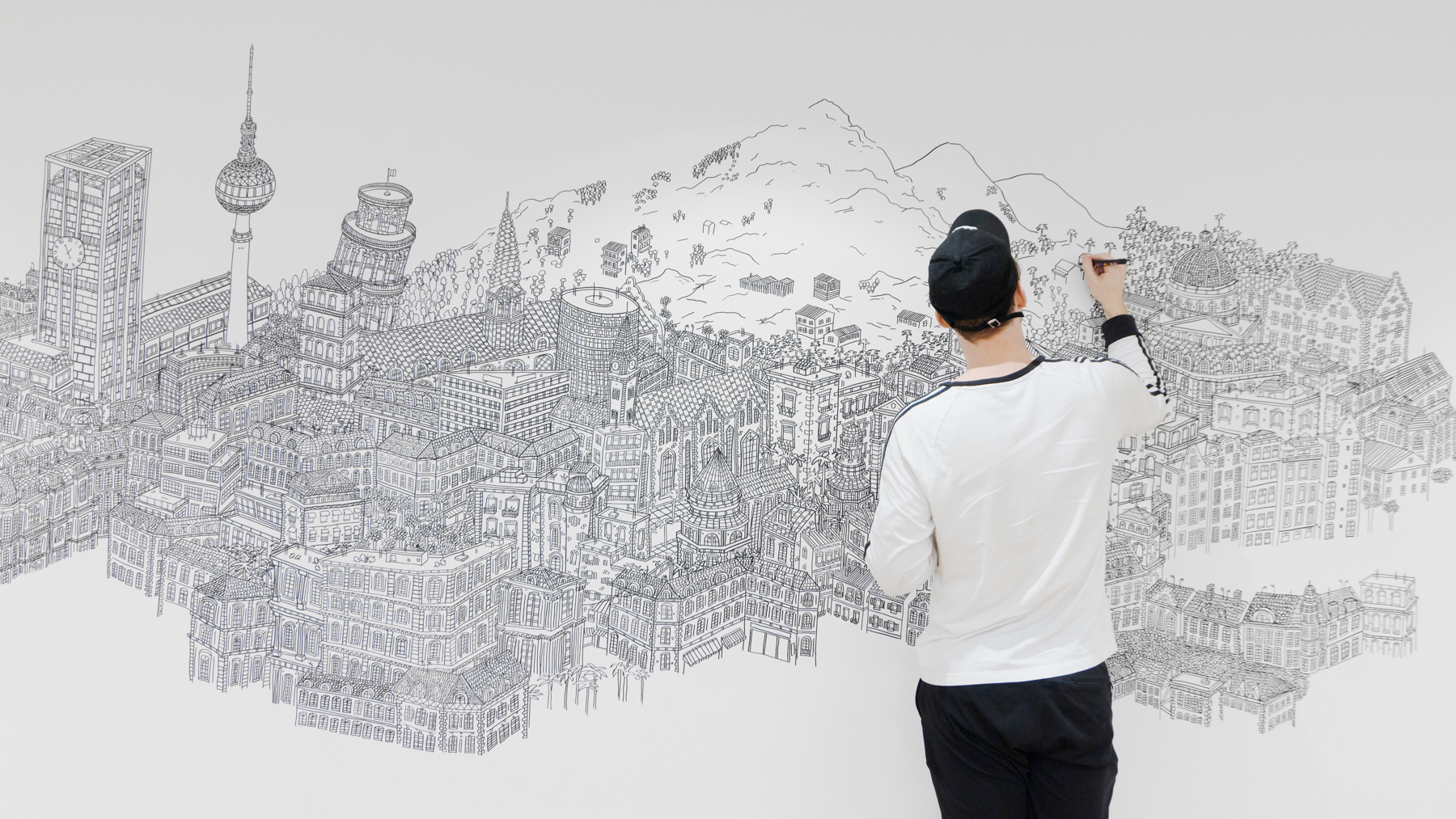